Yorkshire, Luv. London may get all of the attention, but if you’ve never wandered up to the North country, you’re missing out. Get ready to experience gorgeous hikes through the Yorkshire Dales, wander on the moor with the Bronte sisters, stroll through the real Diagon Alley, take a ride on a coal fired train and experience some culture in Liverpool (yes, Liverpool!). And did I mention the locals are friendly and the curry is to die for? All aboard the Yorkshire express, Loves!

Stroll Along the Wall of York

You’ll want to start your adventures in the city of York, naturally. York is a stunning university town surrounded by walls that date back to Roman times. Today you can still walk along them and get a fabulous view of York Minster and the city spread out below.

Wander Through The Shambles Market 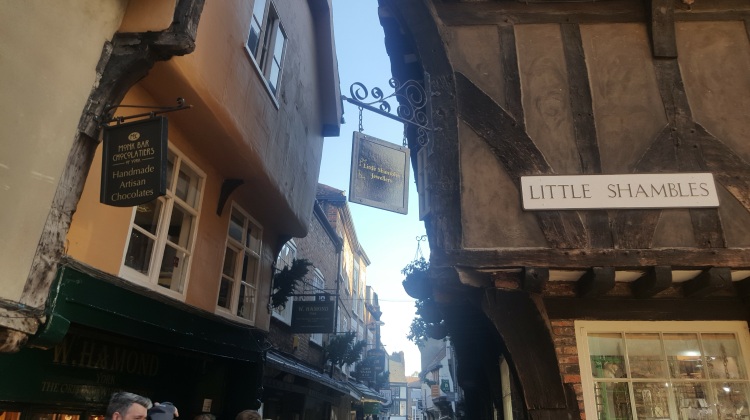 If the Shambles Market looks familiar, that’s because it is! Fans of the Harry Potter movies will instantly recognize it as the inspiration for Diagon Alley! If all that strolling about makes you thirsty, you owe it to yourself to take a break and visit a real Yorkshire institution, Betty’s Tea Room, where afternoon tea is still considered an art.

Stunning, mythical, other-worldly. I could go on for days with the cliches about the natural beauty of the Yorkshire Dales National Park and still get nowhere near covering it. Winding trails through lush green English countryside will lead you to the base of the limestone Cliffs. Geology nerds (and anyone who’s a sucker for a breathtaking view) should brave the many steps leading up the cliffs to the limestone pavement. Just be careful, it’s windy up there! 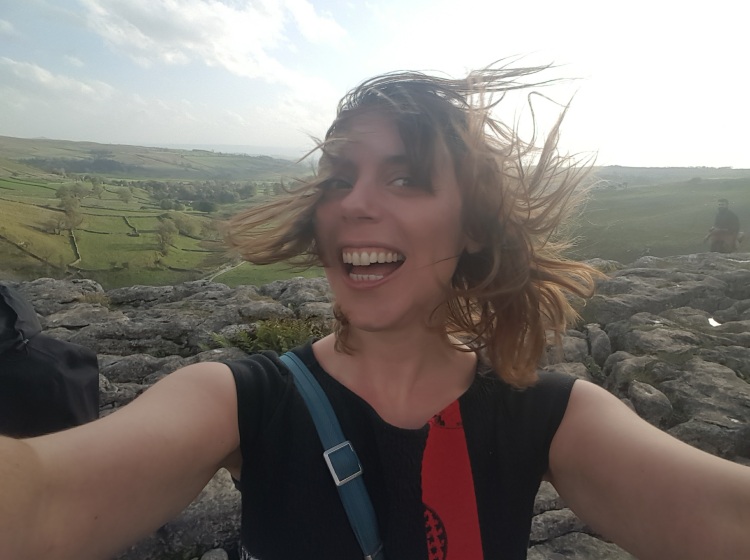 Messy hair, don’t care. It was well worth the hike and the bed-head to rock out on the limestone pavement and see the countryside spread out before me!

A slight detour to or from the Dales is Bolton Abbey, an abandoned 12th Century Augustinian monastery. The ruins are worth exploring any time of day, but you’ll get an extra thrill watching the shadows grow long amidst the rubble at sunset. There’s something especially ethereal about late afternoon light in Yorkshire, and this is the perfect place to experience it. Shutterbugs, don’t forget your cameras! 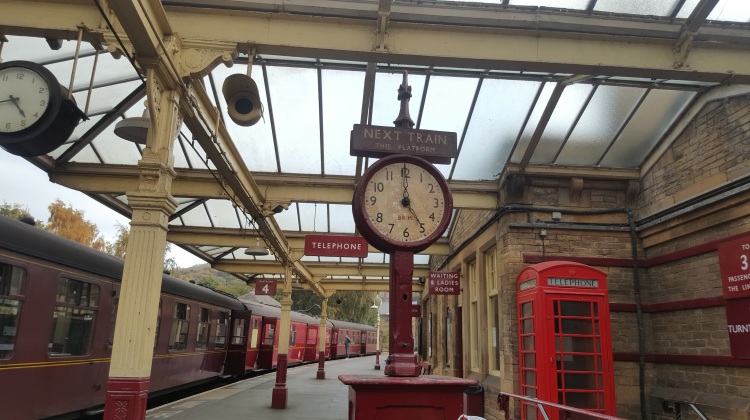 Riding a coal powered steam train was something I never knew I had to tick off of my list… until I did it! Travel back in time a little bit on this perfectly preserved railway line which is run by an enthusiastic mix of volunteers and professionals. The staff of the Keighley West Railway loves to answer questions, my travel buddy and I were extra curious, so the conductor actually invited us into his cab to watch him shovel coal into the (literally) white hot engine fire!

Vintage Shop With The Bronte Sisters

The Keighley West Railway will drop you in the ultra-picturesque village of Haworth, which just happens to be where the Bronte Parsonage is! It’s worth a wander up the hill to the Parsonage just to poke into all of the adorable vintage shops and cafes.

Once you arrive at the top of the hill there is still plenty to explore from the parsonage museum, to the historic graveyard behind it, to the moor, yes the moor and yes I did wander on it. When you’ve had your fill of Haworth you can take the train back to Keighley and then hop some more modern transport back to the big city.

Live It Up In Liverpool

Yes, I know it’s not technically, Yorkshire, but the city with a rough and ready reputation has undergone a revitalization in recent history and it’s really worth a look. The Dock areas are bursting with museums and galleries (there’s even a Tate!), trendy restaurants are popping up everywhere and if that’s not your thing I have two words: Cavern Club. The divey venue that the Beatles made famous is still there and hosts live music every day. Yes, the surrounding area is clogged to the gills with cheesy Beatles memorabilia but I still had a bit of a spiritual moment once I made it to down to the depths of the club (They don’t call it the Cavern for nothing!). Maybe it’s because I grew up on the Beatles, or maybe I’m just a soft touch, but it was moving and well worth braving the English rain to get there! 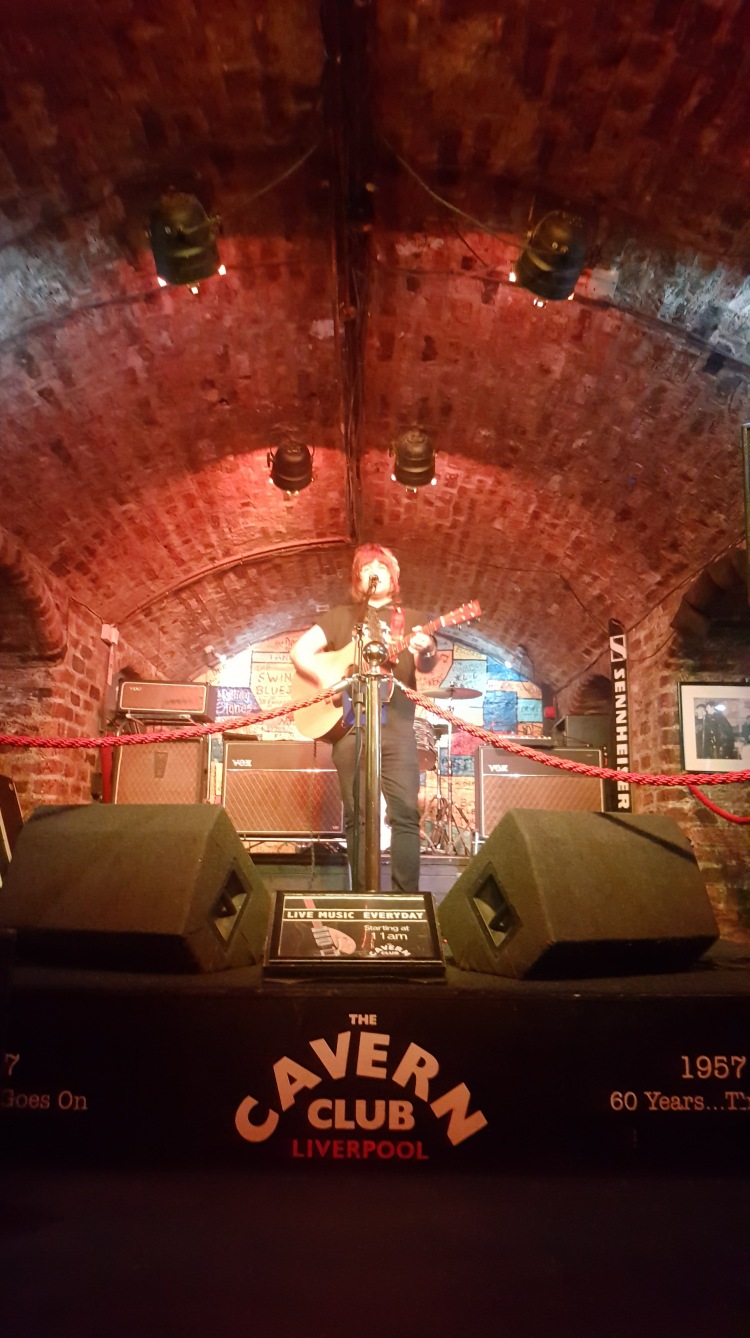 So what if he’s just a middle aged dude playing cover songs? Rock and Roll never dies at the Cavern Club!

Yorkshire is the place to visit if you want to get off of the tourist track and grab a slice of the real England. Nothing wrong with getting your big city fix though. Check out my guide to London through the eyes of an American Expat!

2 thoughts on “7 Incredible Things To Do in Yorkshire, England”