Happy New Year, gentle readers! Look, I know I’ve been a space cadet about writing this fall. Whether it’s a redux on my time in Berlin (working title: Berlin is Cooler Than You) or my take on being an American Expat in an election year, I know I owe you posts up the yin yang. What kind of a writer doesn’t write?! What’s wrong with me!?

The truth is, life hasn’t been that fascinating lately. Since last summer’s adventures I’ve been totally absorbed in my life offline. A life that can be remarkably boring, actually. And I’m okay with that. I’ve been rebuilding my social circle after my two closest expat friends fled the continent. I’ve been working on some new creative ventures. I’ve been digging in to my professional life at work, I’ve been grappling with the decision to re-up (or not) my contract for another year’s employment at said job (Ultimately, I did!), and thinking about what buying into being a semi-long term expat means to me. I mean, what am I doing here? What’s the big picture?
As the illustrious David Byrne once said, “How did I get here?”…

When I first decided to move abroad, I looked at it as an adventure. I rocked up in Switzerland not knowing a soul and figuring I had nothing to lose. If worst came to worst I’d spend a year or two doing what I loved in a beautiful location. I’d travel a ton, learn some Deutch, make out with a few sexy Europeans and if I decided I didn’t like it I’d just trot back to America with something interesting on my resume. I was living in a furnished sublet with only a couple suitcases of clothes to my name. I had nothing to lose by moving abroad or eventually going home. It was the ultimate low risk adventure.

Now nearly three years later, my move to Switzerland has become so much more than a wacky adventure or some sweet dinner party conversation fodder, (“Have I ever told you about that time I lived in Switzerland?”), and the decision about what to do with the next chapter of my life is so much more complicated than stay here or go back to America. I have grown personally more than I have ever imagined. I have travelled to some incredible places, met inspiring people and have discovered that I’m so much more brave, resourceful, and confident than I ever thought I was. Confession time: I am also dog tired. I have worked harder than I ever have and loved my job more than I thought possible. I have negotiated contracts, laws and the healthcare system in a language I barely speak. I’ve gotten strandered in too many airports. Sometimes when I’m putting together Pinterest boards for my travel inspiration I think I’d secretly like to sit this next holiday out.

And the girl who appeared here with two suitcases? Ha! This summer I finally graduated to living in my own place. Although the girl I was subletting from offered to sell me some of her furniture, I told her to take every stick of it with her. It was my turn to start with a blank slate. For the first time in my entire life I was living in a space that belonged completely to me. I thought carefully about what kind of objects I wanted to bring into my space and decided to go with only things that really suited me, even if it meant sitting on the floor on a couple of mismatched throw pillows for longer than I’d care to admit. I scoured second hand stores for just the right things, and for the first time ever in my adult life, even bought some of my own brand new furniture. There’s still a ways to go, but I love my purpose designed space. Why have a dining room table when you can use that spot as your yoga studio?! Why have a desk when you can sit at an enormous low coffee table on some pillows? Why buy lamps when you can light your entire world with fairy lights?

And Adventure Girl? She’s buying throw pillows. So. Many. Throw pillows. And thinking about joining the local gym. A thought that previously would have never entered her mind because, do you know how many vacations you could fund with just one gym membership? That’s my travel money.

(Can we just admit here for a minute that my throw pillow game is off the chain?)

WHO AM I AND WHAT HAS BECOME OF MISS APPLE !?!?

WHY LIVE ABROAD IF I AM JUST GOING TO DO THE SAME BORING YUPPIE SHIT I COULD BE DOING AT HOME???

And speaking of home… Everybody there is nice and loves me a lot. Sure there’s plenty of nice people here, some of whom even love me, but they’re always moving to the next big place. Home is so simple. There I always know where I stand…and I’m always bored. And sheesh, have you seen the winter there? Nein danke.

But what if I don’t want to move home? Moving is easy. I’m good at moving now. And there are SO many opportunities out there for a go getter like myself. What if the next adventure is in Helsinki? Kuala Lumpur? What if I’m missing out on the next big adventure by being here in Switzerland with all my comfy throw pillows and fondue?

My life. Occasionally it resembles a beer commercial. How dare I FOMO?

And again with home… I’ve missed so many weddings and graduations and life events in the last two years. So many irreplaceable moments I didn’t get to share with my loved ones. Surely those things are just as important as seeing the world? And my parents aren’t getting any younger. Aren’t real grown ups supposed to own property and be bored somewhere relatively close to their loved ones? Why aren’t I doing that instead of basically still being an adult teenager who doesn’t own a car, thinks pizza is a vegetable, and occasionally rolls up at work without having washed her hair?

Home. Land where everyone knows your name. And what you looked like with braces. Check out the beaches, though!

Let’s be real though. I moved away from home for a very important reason, to feel superior to other Americans while having political conversations. No really, I moved because I’d lived in the same place my whole life and I didn’t feel like there was any more room for me to keep growing there. Being back in Boston is awesome the way watching reruns of Must See TV from the 90s is awesome. The jokes are still funny, they make you remember just how great those retro overalls were and you always know what to expect. 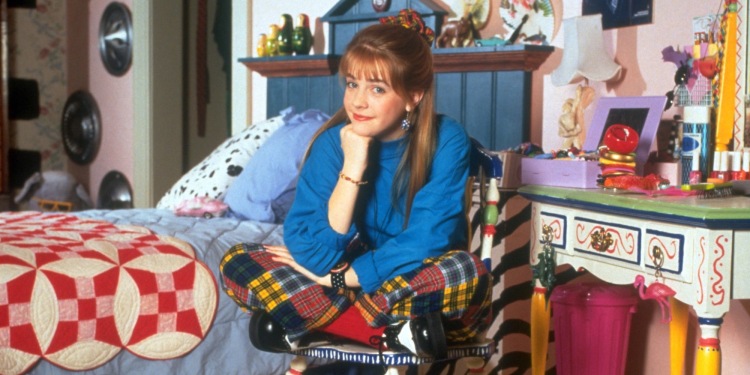 Let’s not discuss how much of my adolescence I spent trying to dress exactly like Melissa Joan Hart in Clarissa Explains is All.

So sue me if its really important to me that my life is more than just a rerun.

But what am I going to do with the rest of my more than just a rerun life? Just move around every few years collecting life experiences because I hate being bored so much? THAT’S NOT A LIFE PLAN!

Oh, and while I was writing this, dear Internet, I just completely charred the Brussels sprouts I was cooking for dinner because I resolved to cook for myself more this new year. In my comfortable, boring flat I actually really enjoy living in.

I have nothing figured out and exactly zero pithy advice to give you this time. Your welcome, and happy new year! 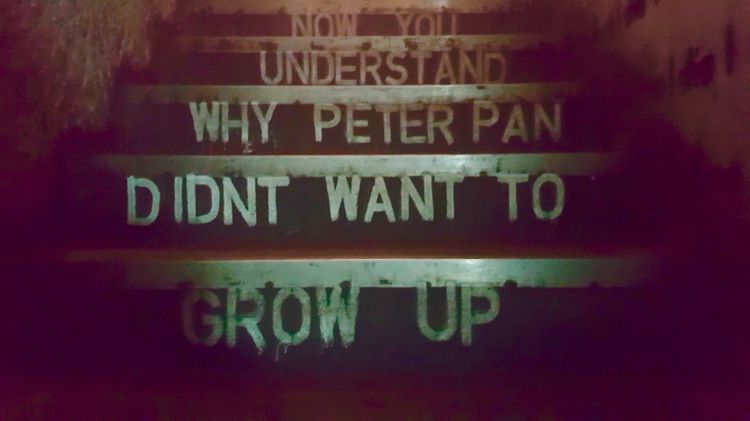 A public service announcement from my favorite trashy club in Zurich.