Never have I met a city so intent on creating beauty out of her scars as Budapest. It is a place where an ancient church razed by foreign invaders gives rise an intricately mosaiced wedding cake of a cathedral, where lively beer gardens sprawl amongst the wreckage of bombed out World War II ruins and the artfully placed personal items of it’s citizens on sidewalks create makeshift memorials to Hungarian Holocaust victims.

By the banks of the Danube

Her streets have been terrorized by the  Nazi invasion and smothered by the Soviet occupation, but her proud, rebellious spirit never broken. Budapest thrives with a vibrant present without trying to ignore or shake off her turbulent past.

I chose Budapest as my destination for my spring travel break in part because Prague really wet my appetite for more Eastern European travel. While both cities have that laid back, artsy, unassuming eastern feel, they are at heart very different. Prague has an edgier, more eclectic vibe, as if somebody put every artistic and cultural influence from the last thousand years into a blender, dropped some acid, and decided to see what would happen. Budapest isn’t a place where historic castles exist in concert with futuristic Ghery designed buildings, but like Prague, art oozes out of every corner. While walking down the streets of Budapest I just can’t shake the feeling that the whole city was designed as some sort of paean to all that is beautiful about the human spirit. It’s not hard to see why Hungarians are such a proud people.

Eastern Europe is ideal for a weekend city break. Read my guides to all the offbeat, affordable magic waiting for you in Prague and Krakow! 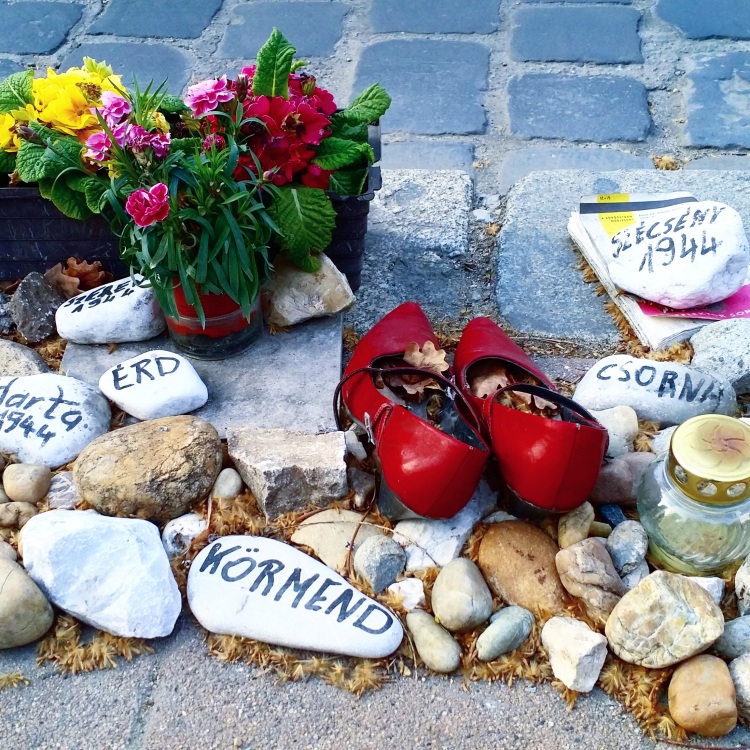 Budapest is the meshing of two once-separate settlements, the Pest and the Buda. The city is home to the first underground subway line in the world, and should you choose to get around via public transport you’ll find it’s as cheap and plentiful as it is charmingly retro.  There are subway, bus and tram connections to just about anywhere you wish to go on either side of the river. However, Budapest is so compact and easy to get around on by foot that I didn’t find myself using public transport very much unless I was tired or the weather was bad.

I chose a room in the Pest by the banks of the Danube river. From there it was just as easy to wander over the Chainbridge to bask in the shadows of the Buda’s castles as it was to stroll into the Jewish quarter for a meal at a hip and funky cafe. 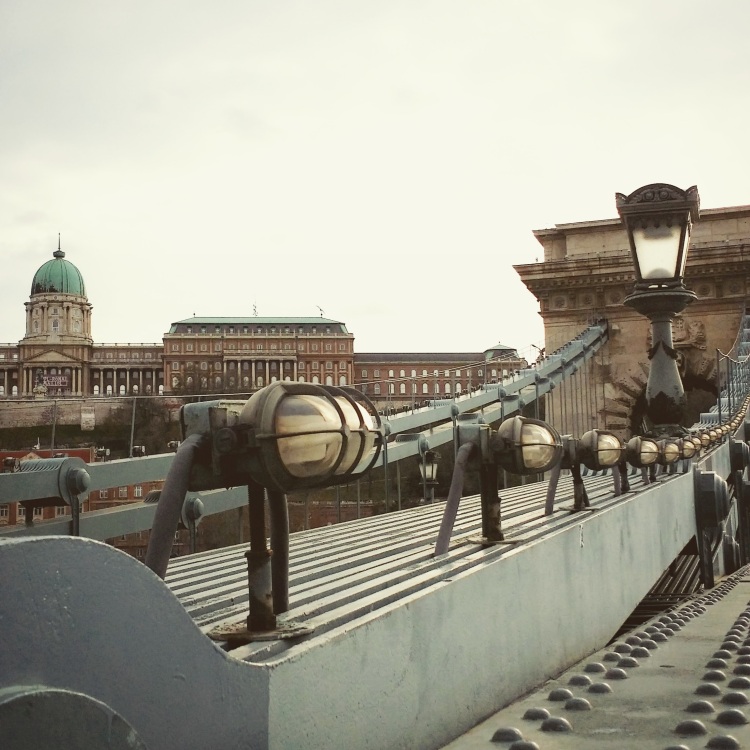 After a loooong bus and Subway ride I arrived at my accommodation, dropped my stuff, and met my hostess. As usual with Air B&B, she sat me down and gave me the skinny on all of the must see and do things in the city. From there I took a ramble over the Chainbridge to admire the view of Parliament from across the river and then strolled over to the restaurant lined Oktober 6 Street to Innio wine bar where I had my first of many satisfying experiences with Hungarian wine.  Afterwards I scooted across the Street to Buddha Express for some Pad Thai. Just like they do about Prague, people will tell you before you go to Hungary that it’s impossible to find vegetarian food. And just like when I was in Prague, I found that to be untrue of Budapest as well. There’s veggie food everywhere if you open your eyes, and the cuisine seems to be broadening out beyond fried cheese. (Not that there’s anything wrong with fried cheese!)

Great Synagogue. True to it’s name, Great synagogue is the largest Jewish house of worship in the world outside of New York City. Come for the soaring and intricate eastern architecture, linger for the Garden of the Just, part Holocaust Memorial, part art installation.

Haus of Terror A paranoia-inducing journey through the Soviet occupation of Hungary, housed in the former secret police headquarters. 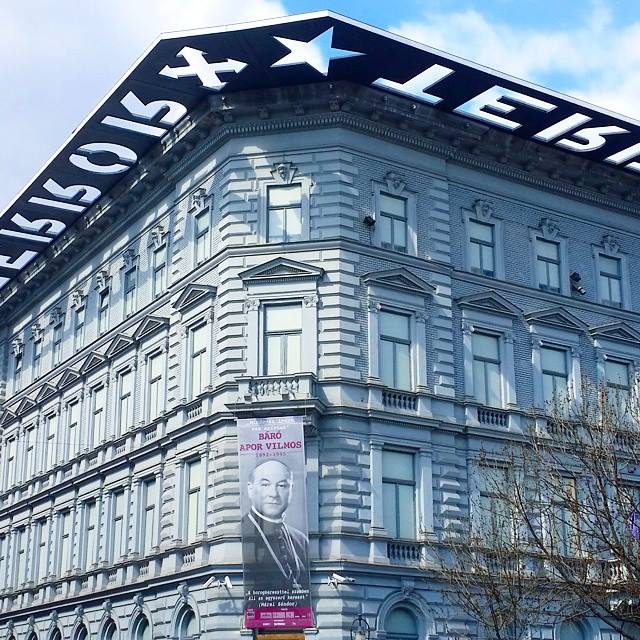 Bathe with the Budapest natives in this Victorian labyrinth of pools and steam rooms. Kick around in the outdoor heated pool too! 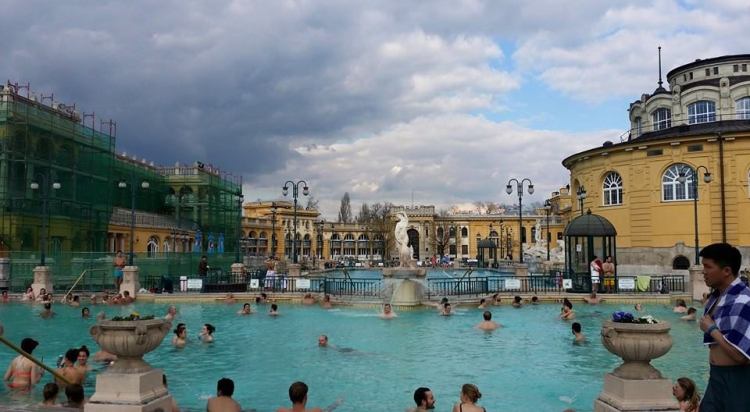 Fisherman’s Bastion and Matthais Church are beautiful both inside and out!

Being inside Mathias Church will make you feel like you’ve been rolled up inside a magic carpet! 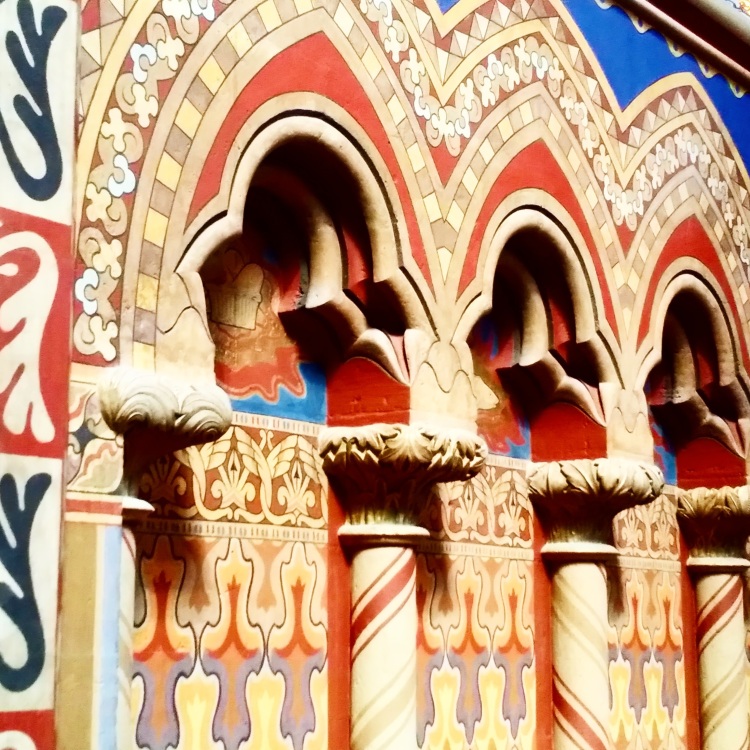 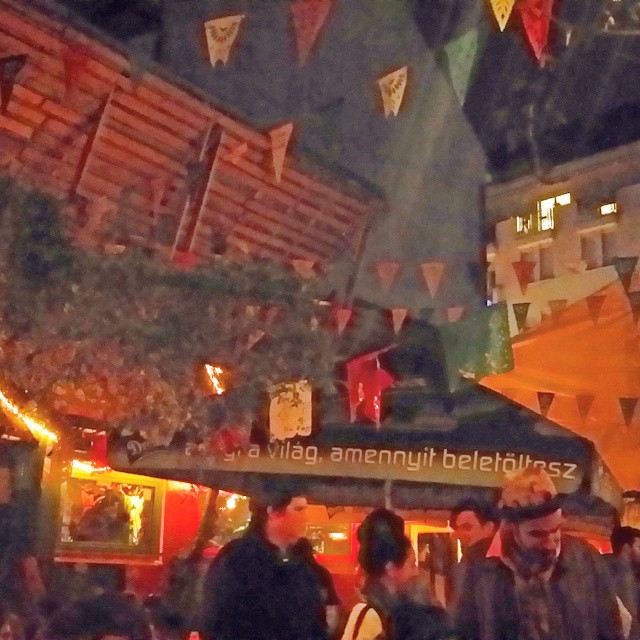 Stroll through a marketplace. Whether it’s food, eclectic junk or handmade goods, Budapest has it all!

Grab a coffee at one of Budapest’s many fine coffeehouses and drink in the atmosphere of Andrassy ut, a grand thoroughfare known as Budapsest’s Champs-Elysees. Bonus, Andrassy Ut ends in Heroe’s Square, home to City Park, the Zoo, several art museums and of course, the cities largest thermal bath. 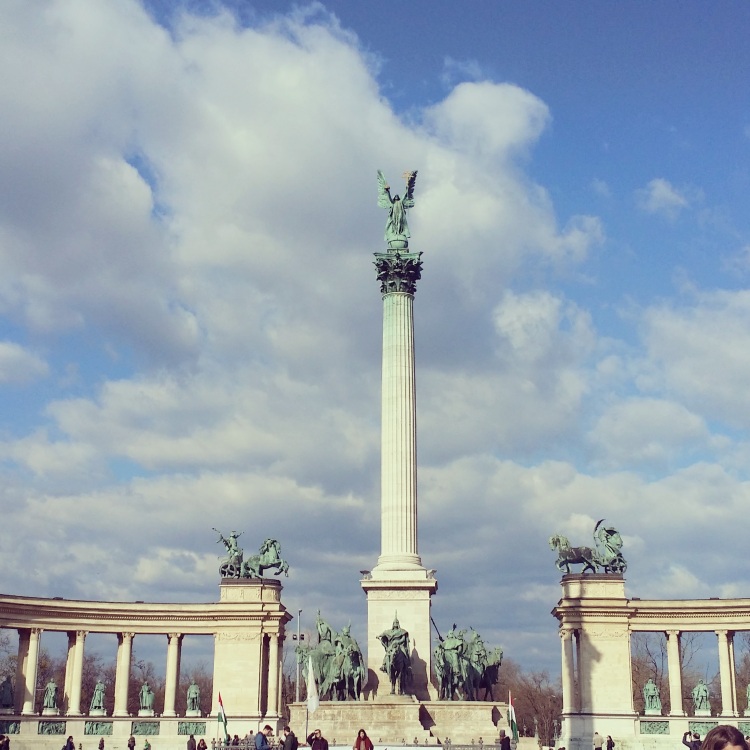 Try some Palinka, a traditional Hungarian liqueur, often served warm. Just be warned as my hostess told me, “One you’re having a good night, two you’re on the floor.”

Love live music? Don’t forget to check out a Klezmer band or two! 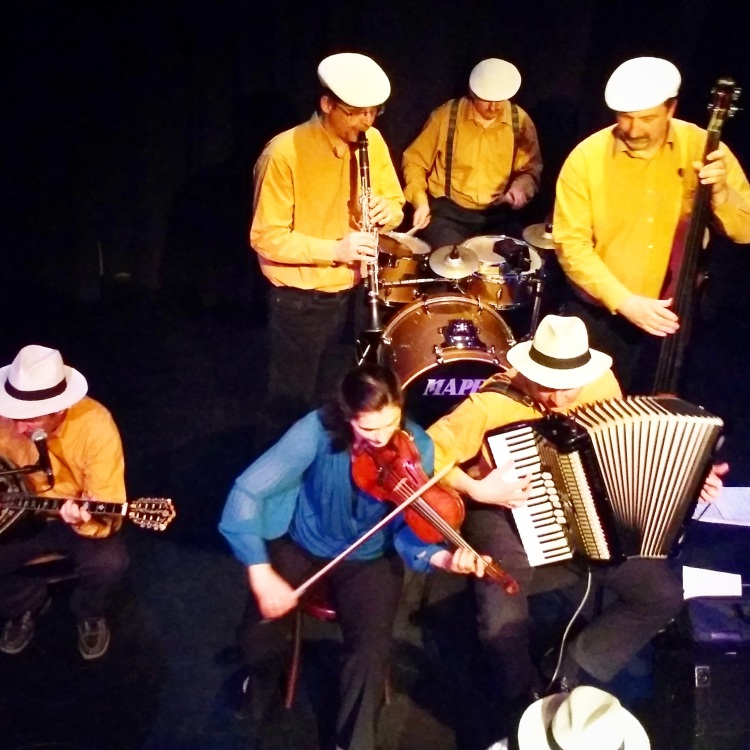 Linger on the banks of the Danube, take a wander over the Chainbridge and check out the bracing winds and breathtaking views of Parliament and Castle Hill.

Budapest is chock full of charm, mystery and drama, but with a dose of humor that will make you feel at home. It is without a doubt, high on my list of must see European cities.

What are your must see cities?

4 thoughts on “My Grand Budapest Adventure”